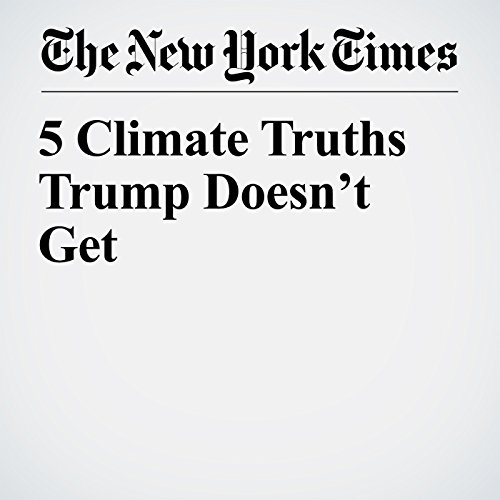 “Trump Digs Coal” read the signs during the campaign, and Donald Trump promised he would be “an unbelievable positive” for the miners. Now he’s trying to deliver by repealing the Obama-era Clean Power Plan and proposing to subsidize coal-fired power plants. These moves are, in fact, unbelievable: Not only are they a setback in the fight against climate change, but they also make no economic sense, since the cost of renewable energy is falling sharply.

"5 Climate Truths Trump Doesn’t Get" is from the October 15, 2017 Opinion section of The New York Times. It was written by The Editorial Board and narrated by Keith Sellon-Wright.