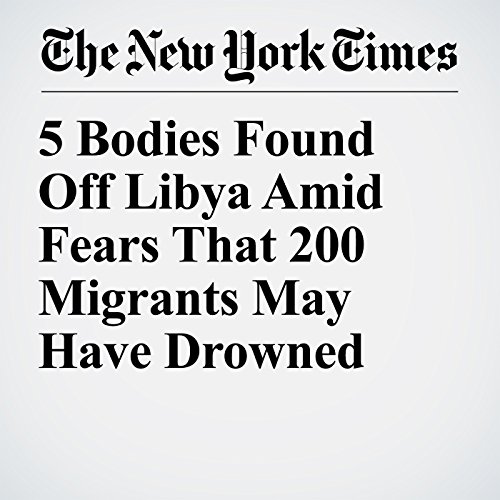 The bodies of five people were found near two capsized dinghies off the coast of Libya Thursday, and the aid organization that recovered the bodies said it feared that more than 200 migrants may have drowned.

"5 Bodies Found Off Libya Amid Fears That 200 Migrants May Have Drowned" is from the March 23, 2017 World section of The New York Times. It was written by Raphael Minder and narrated by Barbara Benjamin-Creel.