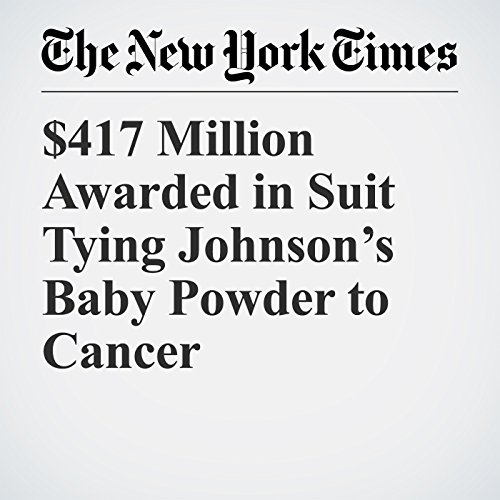 In what may be the largest award so far in a lawsuit tying ovarian cancer to talcum powder, a Los Angeles jury on Monday ordered Johnson & Johnson to pay $417 million in damages to a medical receptionist who developed ovarian cancer after using the company’s trademark Johnson’s Baby Powder on her perineum for decades.

"$417 Million Awarded in Suit Tying Johnson’s Baby Powder to Cancer" is from the August 22, 2017 Business section of The New York Times. It was written by Roni Caryn Robin and narrated by Kristi Burns.