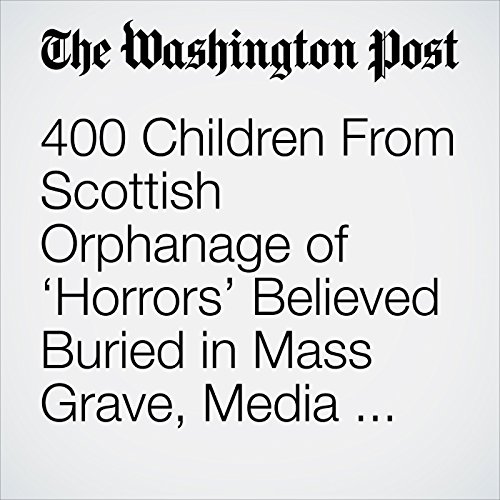 The children taken to the notorious Smyllum Park orphanage in Lanarkshire, Scotland, came from poor, working-class families and broken homes. About 11,600 children passed through the institution from its opening in 1864 through its closure in 1981, left in the care of an order of Catholic nuns.

"400 Children From Scottish Orphanage of ‘Horrors’ Believed Buried in Mass Grave, Media Report Says" is from the September 11, 2017 Morning Mix section of The Washington Post. It was written by Samantha Schmidt and narrated by Sam Scholl.