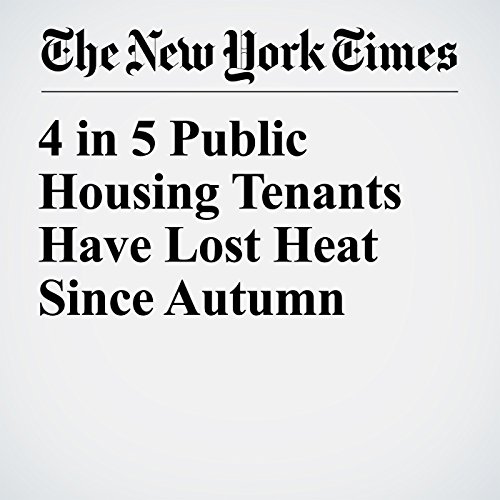 Four out of five public housing residents were without heat at some point since October, the City Council revealed Tuesday at a dramatic and bruising hearing about widespread heating failures at the New York City Housing Authority.

"4 in 5 Public Housing Tenants Have Lost Heat Since Autumn" is from the February 07, 2018 U.S. section of The New York Times. It was written by William Neuman and narrated by Kristi Burns.