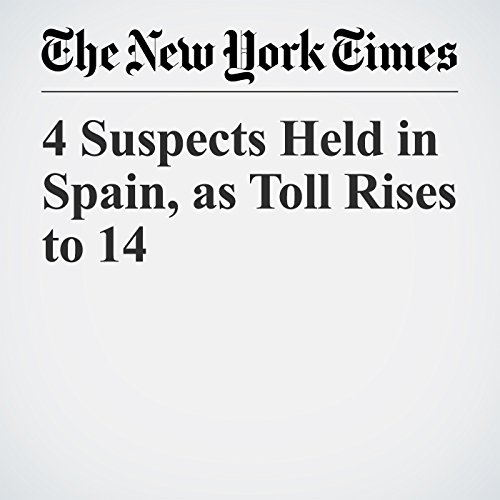 4 Suspects Held in Spain, as Toll Rises to 14

Largely spared the Islamic State attacks that have plagued Europe in recent years, Spaniards were confronted Friday with the aftermath of a devastating terrorist plot, involving an explosives factory and two vehicular assaults, that swept through Barcelona and a seaside resort town, leaving at least 14 dead and scores wounded.

"4 Suspects Held in Spain, as Toll Rises to 14" is from the August 18, 2017 World section of The New York Times. It was written by Alissa J. Rubin and Declan Walsh and narrated by Mike DelGaudio.