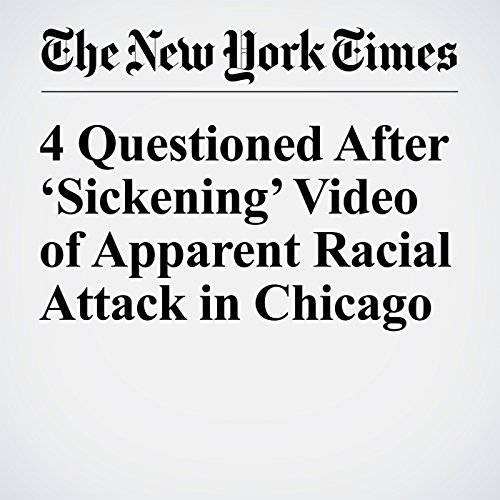 "4 Questioned After ‘Sickening’ Video of Apparent Racial Attack in Chicago" is from the January 04, 2017 U.S. section of The New York Times. It was written by Mitch Smith and Niraj Chokshi and narrated by Keith Sellon-Wright.