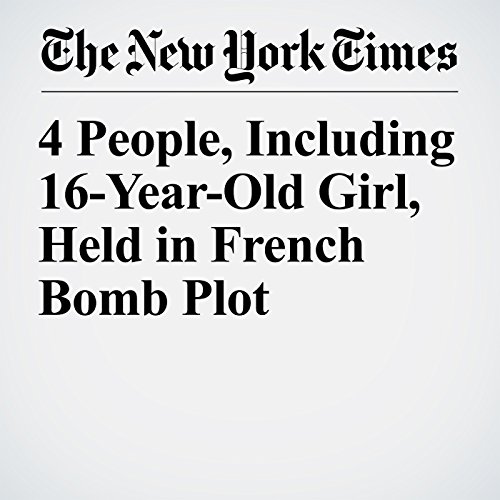 Four people, including a 16-year-old girl, who were believed to be preparing a terrorist attack were arrested in southern France on Friday after bomb-making materials were found in the home of one of the detainees, according to the Paris prosecutor’s office.

"4 People, Including 16-Year-Old Girl, Held in French Bomb Plot" is from the February 10, 2017 World section of The New York Times. It was written by Aurelien Breeden and narrated by Barbara Benjamin-Creel.