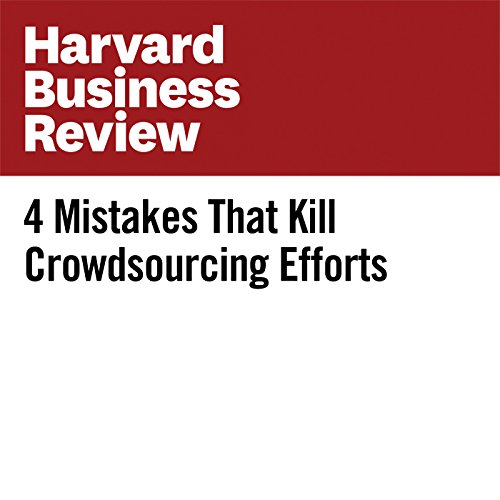 Back in 2011, crowdsourcing was fueling an explosion in open innovation. At that time, most Fortune 500 firms had launched crowdsourcing initiatives or partnered with startups in order to access outside innovators or co-create with customers. The providers of crowdsource solutions had their heyday. Kaggle had raised $11M from Koshla Ventures. InnoCentive raised $7M and bought OmniCompete. TopCoder stepped from strength to strength, raising $11M in 2010. Quirky raised two rounds totaling $21M. But the glory didn’t last.

"4 Mistakes That Kill Crowdsourcing Efforts" is from hbr.org, published on July 21, 2017.