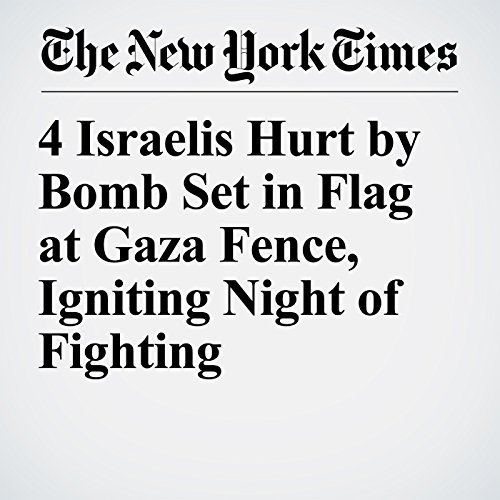 JERUSALEM — Four Israeli soldiers were wounded Saturday, two of them severely, by an explosive device that the Israeli military said had been attached to a Palestinian flag and placed along the Gaza border during protests there Friday.

"4 Israelis Hurt by Bomb Set in Flag at Gaza Fence, Igniting Night of Fighting" is from the February 17, 2018 World section of The New York Times. It was written by David M. Halbfinger and narrated by Keith Sellon-Wright.