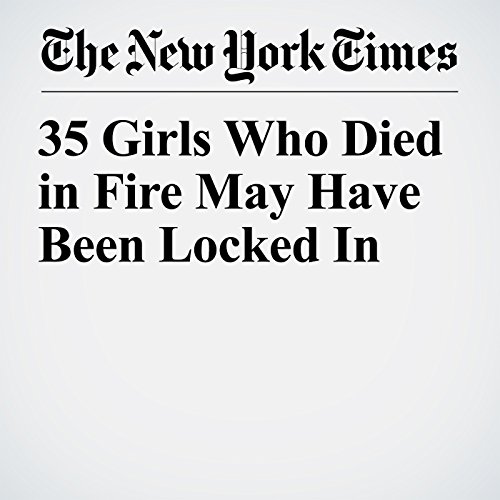 35 Girls Who Died in Fire May Have Been Locked In

Guatemalan human rights officials said Thursday they believe that the 35 girls who were killed when a fire swept through a dormitory at a children’s home had been unable to escape because they were locked inside.

"35 Girls Who Died in Fire May Have Been Locked In" is from the March 09, 2017 World section of The New York Times. It was written by Nic Wirtz and Elisabeth Malkin and narrated by Barbara Benjamin-Creel.