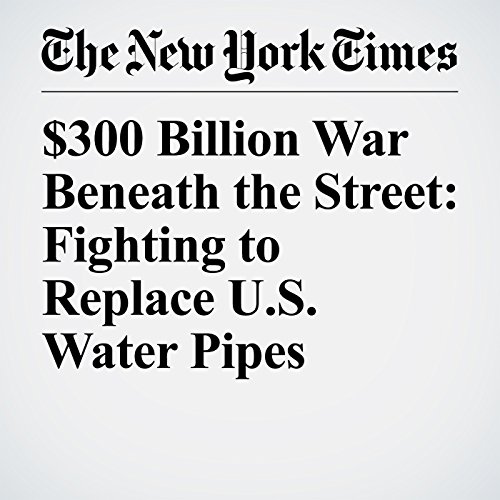 America is facing a crisis over its crumbling water infrastructure, and fixing it will be a monumental and expensive task. Two powerful industries, plastic and iron, are locked in a lobbying war over the estimated $300 billion that local governments will spend on water and sewer pipes over the next decade. It is a battle of titans, raging just inches beneath our feet.

"$300 Billion War Beneath the Street: Fighting to Replace U.S. Water Pipes" is from the November 10, 2017 U.S. section of The New York Times. It was written by Hiroko Tabuchi and narrated by Barbara Benjamin-Creel.