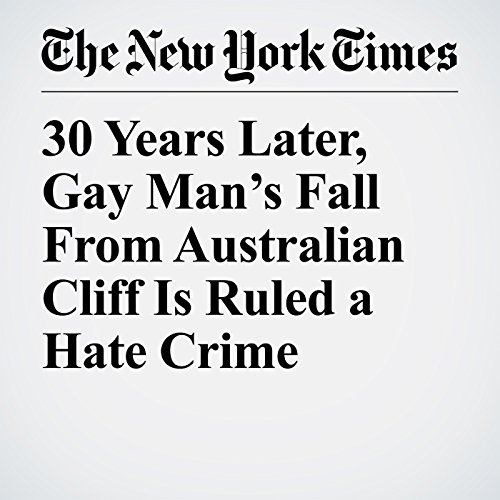 Almost 30 years after an American mathematician’s body was found at the bottom of a Sydney cliff, a coroner has concluded that he was the victim of an anti-gay hate crime.

"30 Years Later, Gay Man’s Fall From Australian Cliff Is Ruled a Hate Crime" is from the November 30, 2017 World section of The New York Times. It was written by Isabella Kwai and narrated by Archie Montgomery.