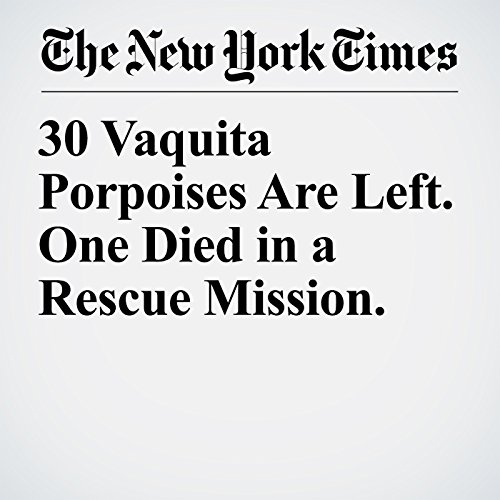 Never before had a vaquita porpoise been successfully captured and cared for by humans. But Smith, a veterinarian with a group known as Vaquita CPR, knew that the porpoises — whose black-rimmed eyes and dark noses have earned them the moniker “panda of the sea” — were likely to disappear without human intervention. Scientists estimate there are fewer than 30 vaquitas left in the wild. It was a last resort.

"30 Vaquita Porpoises Are Left. One Died in a Rescue Mission." is from the November 11, 2017 World section of The New York Times. It was written by Livia Albeck Ripka and narrated by Kristi Burns.