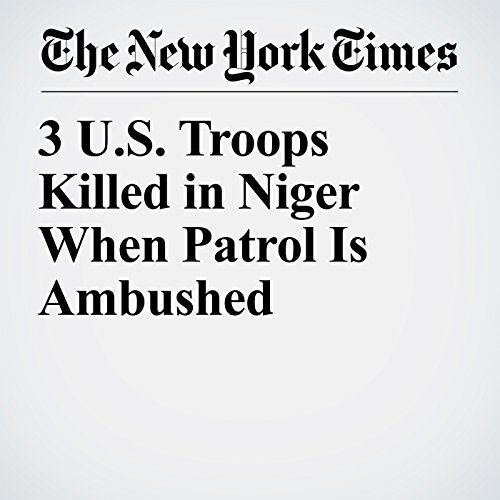 Three U.S. Army Special Forces were killed and two were wounded Wednesday in an ambush in Niger while on a routine patrol with troops they were training from that nation in northwestern Africa, U.S. military officials said.

"3 U.S. Troops Killed in Niger When Patrol Is Ambushed" is from the October 04, 2017 World section of The New York Times. It was written by Eric Schmitt and narrated by Fleet Cooper.