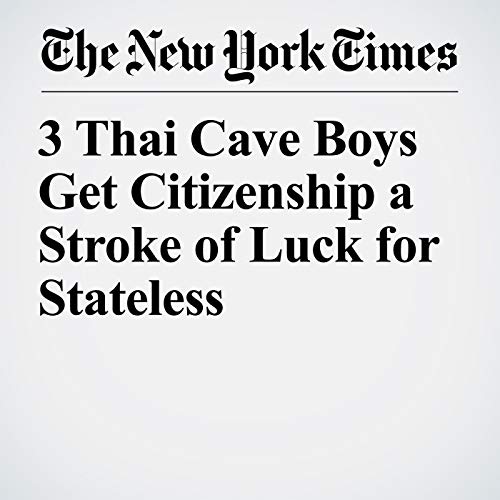 Three of the 12 boys who were rescued from a flooded cave in northern Thailand last month have been granted Thai citizenship, along with their coach, the latest turn in a drama that captivated the world.

"3 Thai Cave Boys Get Citizenship a Stroke of Luck for Stateless" is from the August 09, 2018 World section of The New York Times. It was written by Mike Ives and Ryn Jirenuwat and narrated by Kristi Burns.