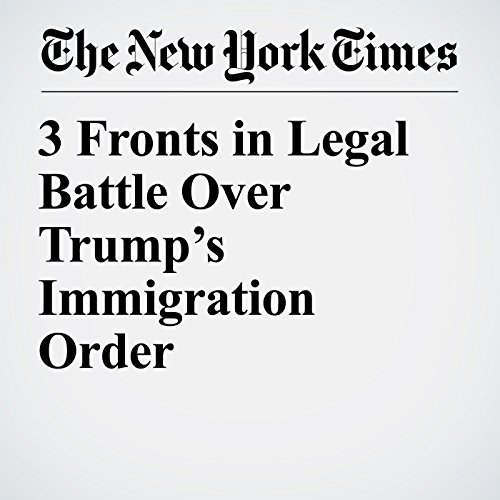 Opponents of President Donald Trump’s targeted travel ban opened a three-pronged attack on Monday, telling the federal appeals court in San Francisco that the ban is a threat to the rule of law, to the nation’s security and to the economy.

"3 Fronts in Legal Battle Over Trump’s Immigration Order" is from the February 06, 2017 U.S. section of The New York Times. It was written by Adam Liptak and narrated by Fleet Cooper.