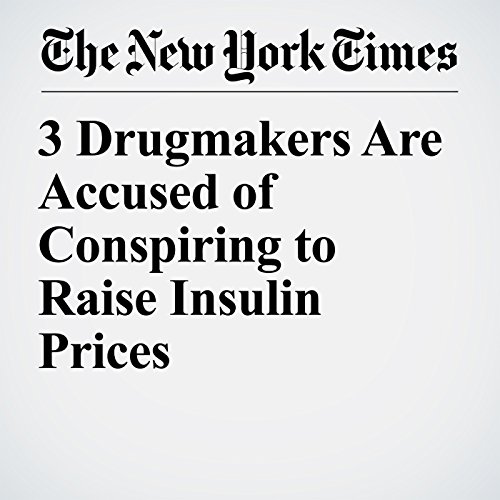 A lawsuit filed Monday accused three makers of insulin of conspiring to drive up the prices of their lifesaving drugs, harming patients who were being asked to pay for a growing share of their drug bills.

"3 Drugmakers Are Accused of Conspiring to Raise Insulin Prices" is from the January 30, 2017 Business section of The New York Times. It was written by Katie Thomas and narrated by Fleet Cooper.