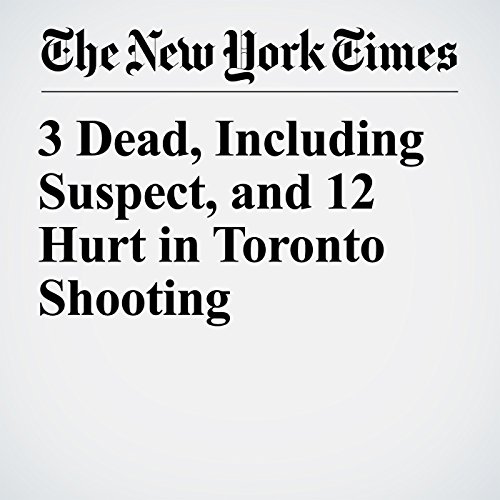 Two people were killed and 12 others were injured after a man with a handgun opened fire on a bustling avenue in Toronto on Sunday night, police said. The gunman was later found dead.

"3 Dead, Including Suspect, and 12 Hurt in Toronto Shooting" is from the July 23, 2018 World section of The New York Times. It was written by Sarah Mervosh, Matt Stevens and Jason M. Bailey and narrated by Kristi Burns.