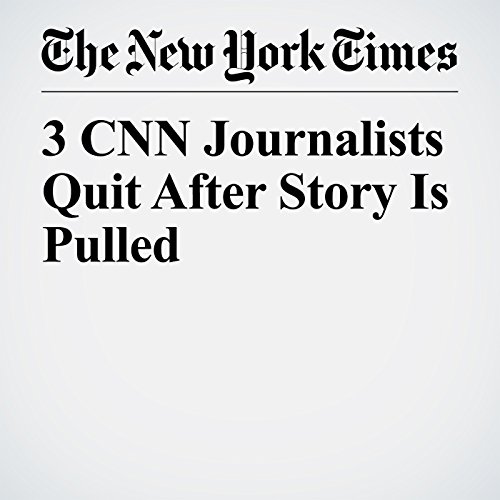 Three prominent journalists at CNN resigned Monday after the cable news network was forced to retract and apologize for a story on its website involving a close ally of President Donald Trump.

"3 CNN Journalists Quit After Story Is Pulled" is from the June 26, 2017 Business section of The New York Times. It was written by Michael M. Grynbaum and narrated by .