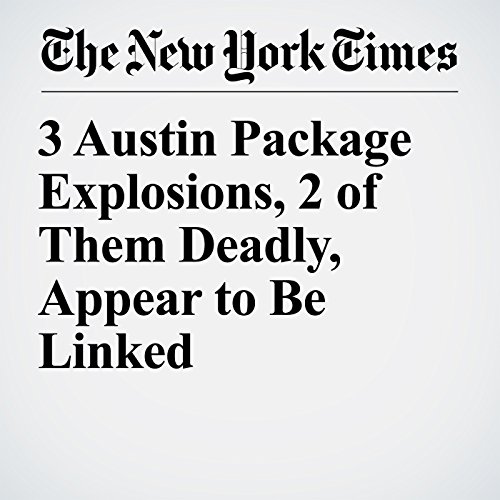 Two people have been killed and three injured in three separate package explosions at homes in Austin, Texas, this month — crimes that have put the capital city on edge and prompted the police to warn residents not to even touch any unexpected packages.

"3 Austin Package Explosions, 2 of Them Deadly, Appear to Be Linked" is from the March 12, 2018 U.S. section of The New York Times. It was written by Maya Salam and narrated by Kristi Burns.