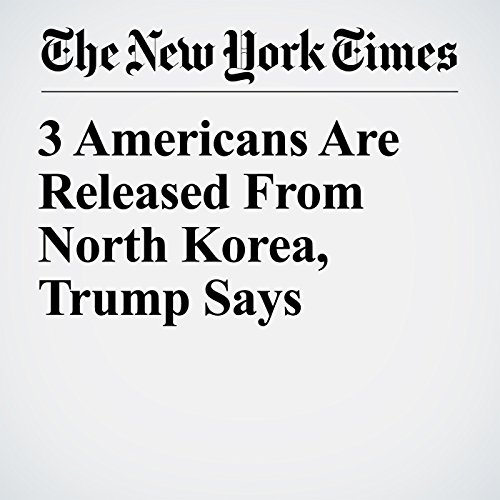 SEOUL, South Korea — President Donald Trump declared a diplomatic victory Wednesday by announcing that North Korea had freed three U.S. prisoners, removing a bitter and emotional obstacle before a planned meeting between him and the young leader of the nuclear-armed nation.

"3 Americans Are Released From North Korea, Trump Says" is from the May 09, 2018 U.S. section of The New York Times. It was written by Choe Sang Hun and narrated by Keith Sellon-Wright.