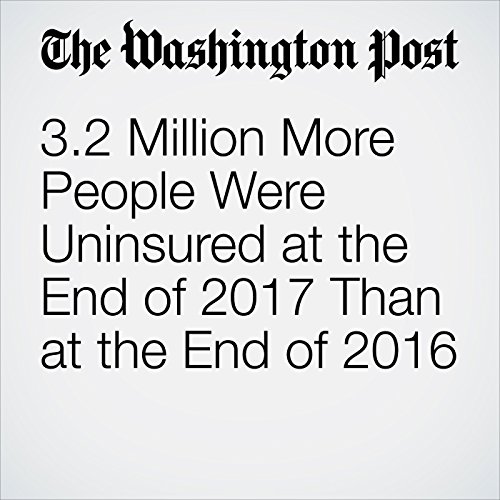 More than 3 million more people lacked health insurance at the end of 2017 relative to the end of 2016, according to the Gallup-Sharecare Well-Being Index. A recent estimate of the connection between a lack of insurance and mortality suggests that for every 800 people without insurance for a year, one will die — meaning that 4,000 more people may have died during the year than would have had they been covered.

"3.2 Million More People Were Uninsured at the End of 2017 Than at the End of 2016" is from the January 16, 2018 Politics section of The Washington Post. It was written by Philip Bump and narrated by Sam Scholl.