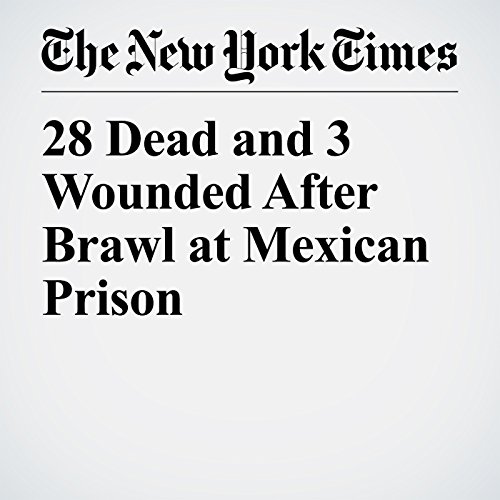 28 Dead and 3 Wounded After Brawl at Mexican Prison

A brawl Thursday among rival gangs in a prison in the Mexican resort city of Acapulco left at least 28 people dead and three wounded, authorities said.

"28 Dead and 3 Wounded After Brawl at Mexican Prison" is from the 7/72017 World section of The New York Times. It was written by Kirk Semple and narrated by Fleet Cooper.