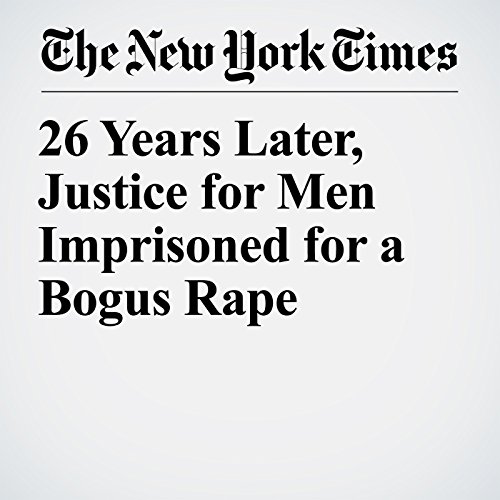 The woman, dirty, disheveled and in tears, ran over to a patrol car parked along a Harlem street in the early morning of Jan. 18, 1991. She told police officers she had been kidnapped at knifepoint near her home in Queens and raped by three black men, whom she identified.

"26 Years Later, Justice for Men Imprisoned for a Bogus Rape" is from the May 07, 2018 U.S. section of The New York Times. It was written by Jan Ransom and narrated by Keith Sellon-Wright.