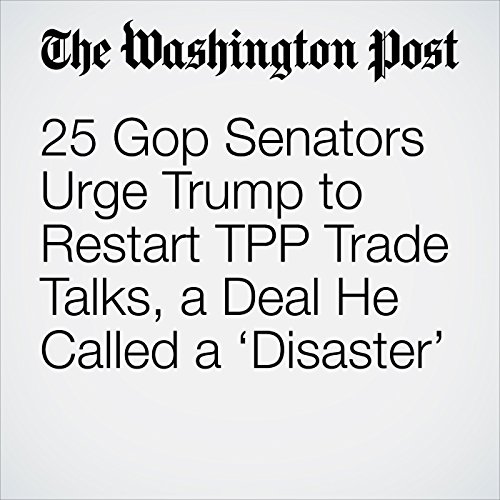 Twenty-five Republican senators, including Senate Majority Whip John Cornyn (R-Tex.), sent President Trump a letter Friday asking him to “re-engage with the Trans-Pacific Partnership.” It's the latest attempt by Republican lawmakers to get Trump to take a softer stance on trade, even though his administration is gearing up to erect more trade barriers. Trump withdrew from the TPP in his first week in office after calling the trade deal a “disaster” and a “rape of our country” during his presidential campaign.

"25 Gop Senators Urge Trump to Restart TPP Trade Talks, a Deal He Called a ‘Disaster’" is from the February 20, 2018 Business section of The Washington Post. It was written by Heather Long and narrated by Sam Scholl.