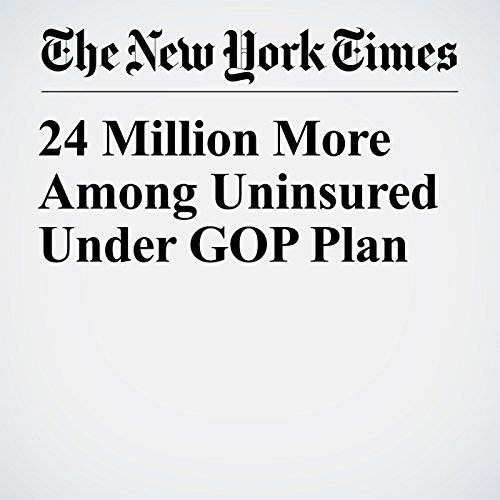 The House Republican plan to replace the Affordable Care Act would increase the number of people without health insurance by 24 million by 2026, while slicing $337 billion off federal budget deficits over that time, the nonpartisan Congressional Budget Office said Monday.

"24 Million More Among Uninsured Under GOP Plan" is from the March 13, 2017 U.S. section of The New York Times. It was written by Thomas Kaplan and Robert Pear and narrated by Barbara Benjamin-Creel.