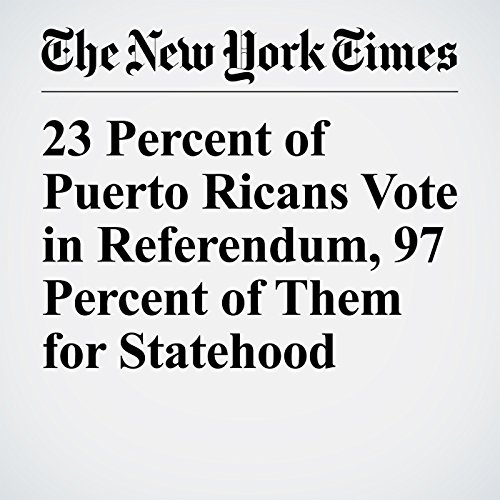 With schools shuttered, pensions at risk and the island under the authority of an oversight board in New York City, half a million Puerto Ricans voted overwhelmingly Sunday to become the United States’ 51st state, in a flawed election most voters sat out.

"23 Percent of Puerto Ricans Vote in Referendum, 97 Percent of Them for Statehood" is from the June 11, 2017 U.S. section of The New York Times. It was written by Frances Robles and narrated by Keith Sellon-Wright.