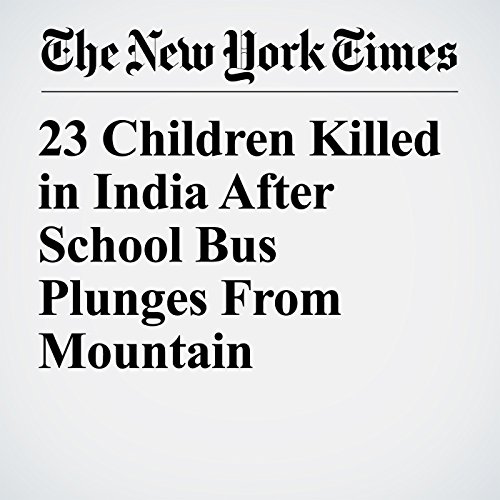 "23 Children Killed in India After School Bus Plunges From Mountain" is from the April 10, 2018 World section of The New York Times. It was written by Kai Schultz and Russell Goldman and narrated by Keith Sellon-Wright.