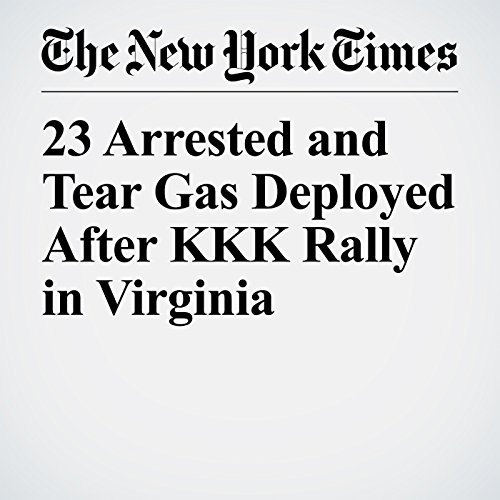 CHARLOTTESVILLE, Va. — Members of the Ku Klux Klan rallied here Saturday afternoon in a protest meant to assail the city’s decision to remove a statue of Robert E. Lee, the Confederate general.

"23 Arrested and Tear Gas Deployed After KKK Rally in Virginia" is from the July 08, 2017 U.S. section of The New York Times. It was written by Hawes Spencer and Matt Stevens and narrated by Kristi Burns.