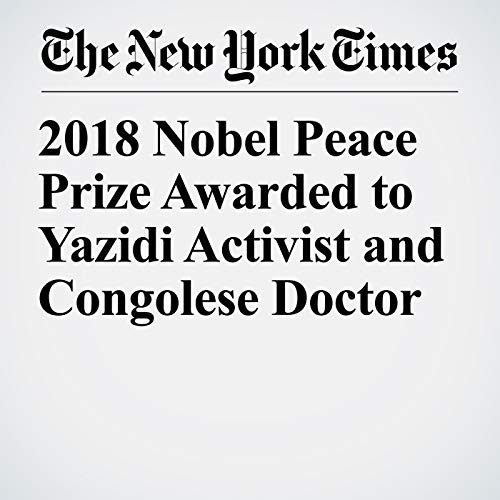 In the midst of a global reckoning over sexual violence, a Yazidi woman who was a captive of the Islamic State group and a Congolese gynecological surgeon were awarded the Nobel Peace Prize on Friday for their campaigns to end the use of mass rape as a weapon of war.

"2018 Nobel Peace Prize Awarded to Yazidi Activist and Congolese Doctor" is from the October 05, 2018 World section of The New York Times. It was written by Rukmini Callimachi, Jeffrey Gettleman, Nicholas Kulish and Benjamin Mueller and narrated by Barbara Benjamin-Creel.