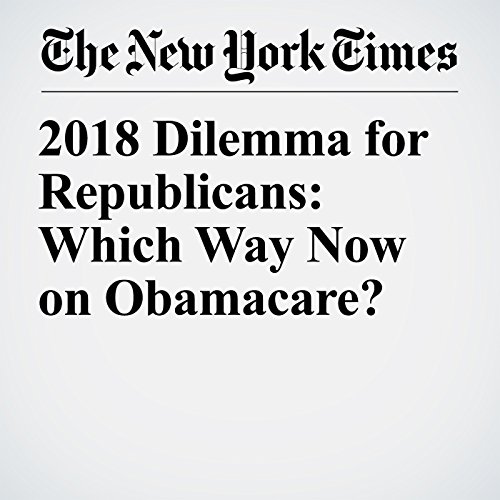 As they come to terms with their humiliating failure to undo the Affordable Care Act, Republicans eyeing next year’s congressional campaign are grappling with a new dilemma: Do they risk depressing their conservative base by abandoning the repeal effort or anger a broader set of voters by reviving a deeply unpopular bill even closer to the midterm elections?

"2018 Dilemma for Republicans: Which Way Now on Obamacare?" is from the March 28, 2017 U.S. section of The New York Times. It was written by Jonathan Martin and narrated by Fleet Cooper.