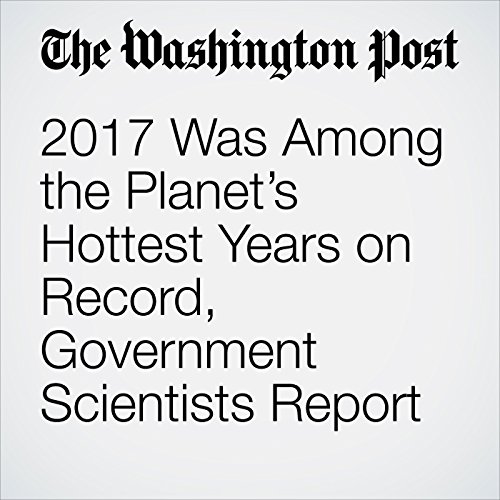 2017 was among the hottest years ever recorded, government scientists reported Thursday. The year was the second-hottest in recorded history, NASA said, while scientists from the National Oceanic and Atmospheric Administration reported 2017 was the third-warmest they’ve ever recorded.

"2017 Was Among the Planet’s Hottest Years on Record, Government Scientists Report" is from the January 18, 2018 Business section of The Washington Post. It was written by Chris Mooney and narrated by Sam Scholl.