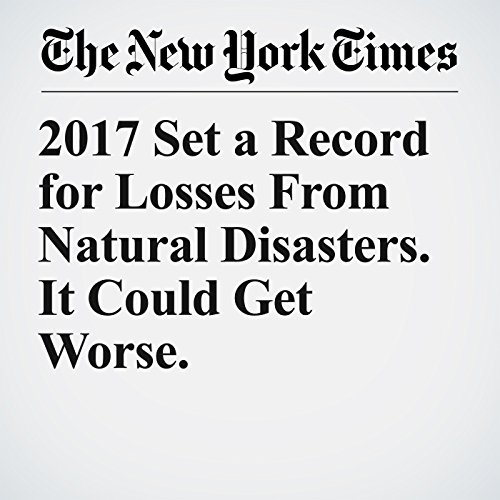 Insurers are set to pay out a record $135 billion to cover losses from natural disasters in 2017, the world’s largest reinsurer said Thursday, driven by the costliest hurricane season ever in the United States and widespread flooding in South Asia.

"2017 Set a Record for Losses From Natural Disasters. It Could Get Worse." is from the January 04, 2018 Business section of The New York Times. It was written by Hiroko Tabuchi and narrated by Barbara Benjamin-Creel.

Cosa pensano gli ascoltatori di 2017 Set a Record for Losses From Natural Disasters. It Could Get Worse.