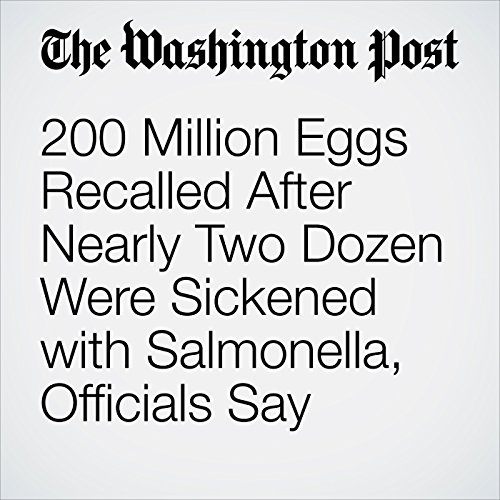 Federal officials say nearly 207 million eggs have been recalled because of fears that they may have been contaminated with salmonella, a type of bacteria that causes serious illnesses and deaths, particularly among children and elderly people.

"200 Million Eggs Recalled After Nearly Two Dozen Were Sickened with Salmonella, Officials Say" is from the April 15, 2018 Business section of The Washington Post. It was written by Kristine Phillips and narrated by Sam Scholl.