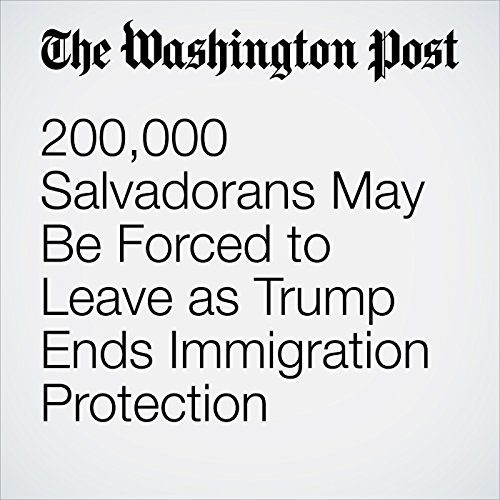 The Trump administration has canceled the provisional residency permits of about 200,000 Salvadorans who have lived in the country since at least 2001, leaving them vulnerable to deportation, according a copy of a Department of Homeland Security announcement sent to lawmakers Monday.

"200,000 Salvadorans May Be Forced to Leave as Trump Ends Immigration Protection" is from the January 08, 2018 National section of The Washington Post. It was written by Nick Miroff and narrated by Sam Scholl.