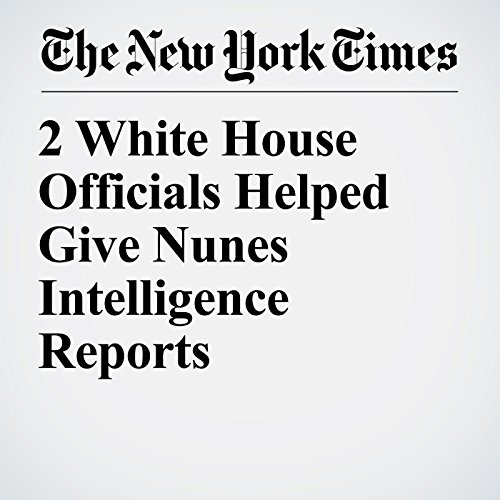 A pair of White House officials played a role in providing Rep. Devin Nunes of California, the Republican chairman of the House Intelligence Committee, with the intelligence reports that showed President Donald Trump and his associates were incidentally swept up in foreign surveillance by U.S. spy agencies.

"2 White House Officials Helped Give Nunes Intelligence Reports" is from the March 30, 2017 U.S. section of The New York Times. It was written by Matthew Rosenberg, Maggie Haberman and Adam Goldman and narrated by Keith Sellon-Wright.