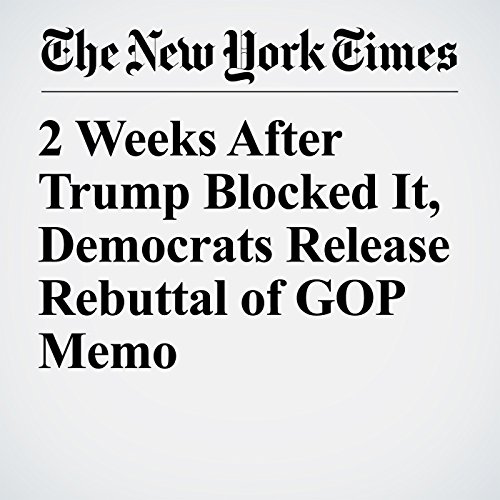 "2 Weeks After Trump Blocked It, Democrats Release Rebuttal of GOP Memo" is from the February 24, 2018 U.S. section of The New York Times. It was written by Nicholas Fandos and narrated by Fleet Cooper.