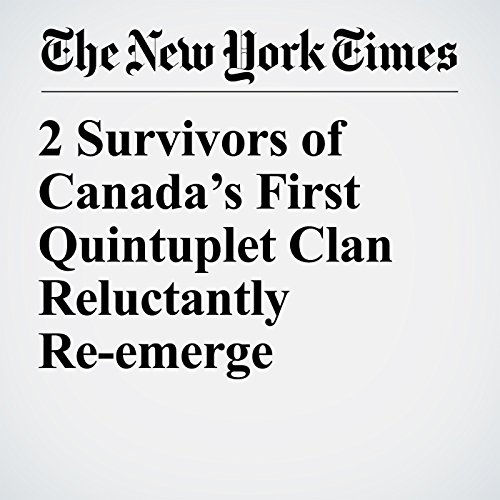 The Dionne quintuplets — the first known to survive — were a flash of miraculous happy news in the depths of the Great Depression. Journalists descended on North Bay, Ontario, to make them the most famous babies on earth. They were front-page news around the world and filled newsreels.

"2 Survivors of Canada’s First Quintuplet Clan Reluctantly Re-emerge" is from the April 02, 2017 World section of The New York Times. It was written by Ian Austen and narrated by Caroline Miller.