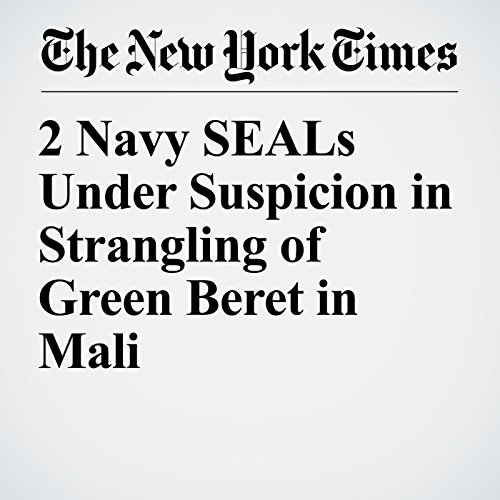 Navy criminal authorities are investigating whether two members of the elite SEAL Team 6 strangled an Army Green Beret in June while they were in Mali on a secret assignment, military officials say.

"2 Navy SEALs Under Suspicion in Strangling of Green Beret in Mali" is from the October 29, 2017 World section of The New York Times. It was written by Eric Schmitt and narrated by Keith Sellon-Wright.