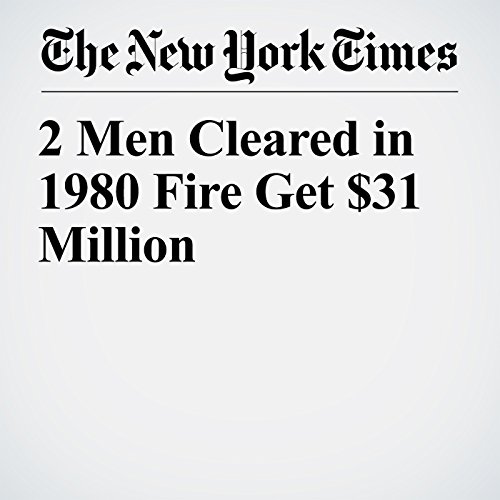 City and state officials have agreed to pay two men who were wrongfully convicted of setting a fire in 1980 in the Park Slope neighborhood of Brooklyn about $31 million to settle their claims of being unjustly prosecuted. The early-morning blaze caused the death of a woman and her five children.