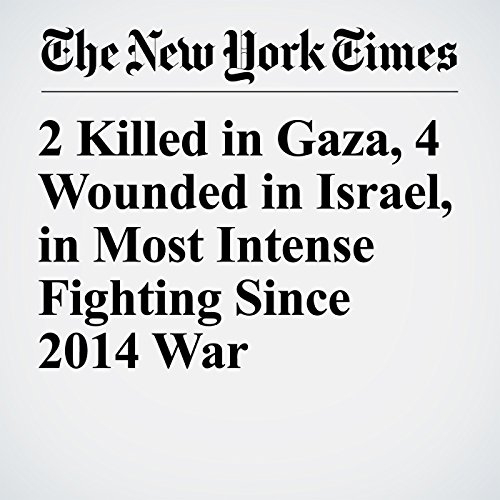 JERUSALEM — Two Palestinians were killed in an Israeli airstrike and four Israelis were wounded by mortar fire from Gaza on Saturday as fighting in and around the Gaza Strip escalated to what the Israeli prime minister called the most intense level since the 2014 war.

"2 Killed in Gaza, 4 Wounded in Israel, in Most Intense Fighting Since 2014 War" is from the July 14, 2018 World section of The New York Times. It was written by David M. Halbfinger and narrated by Keith Sellon-Wright.