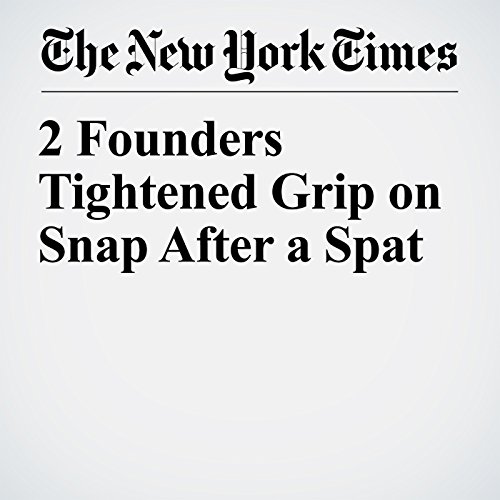 When Snap goes public next month, one of the biggest winners will be Lightspeed Venture Partners.Lightspeed, a Silicon Valley venture capital firm, was the first institution to invest in Snap, the company that popularized disappearing messages, and it is now set to reap more than $1 billion from what began as a mere $485,000 investment.

"2 Founders Tightened Grip on Snap After a Spat" is from the February 23, 2017 Business section of The New York Times. It was written by Katie Benner and narrated by Barbara Benjamin-Creel.