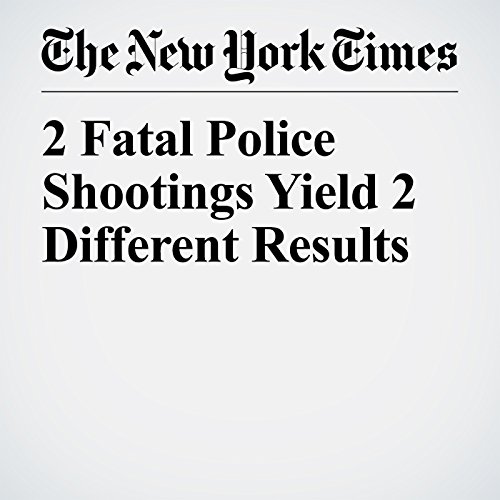 A day after the Justice Department extracted a guilty plea from a South Carolina police officer who fatally shot a black man in the back, a federal prosecutor here explained Wednesday why the department had declined to bring charges against two officers involved in the fatal shooting of a black Louisiana man, Alton B. Sterling.

"2 Fatal Police Shootings Yield 2 Different Results" is from the May 03, 2017 U.S. section of The New York Times. It was written by Richard Fausset and Alan Blinder and narrated by Kristi Burns.