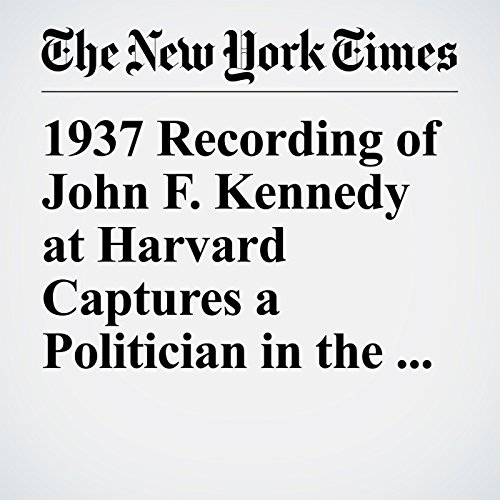 The forceful voice of the 20-year-old Harvard student punches through the crackling audio, his thick Boston accent coming to life. He is only a sophomore, but his distinct speaking style is already clear, even before he finishes the first line: “My name is John F. Kennedy.”

"1937 Recording of John F. Kennedy at Harvard Captures a Politician in the Making" is from the May 11, 2017 U.S. section of The New York Times. It was written by Matthew Haag and narrated by Keith Sellon-Wright.