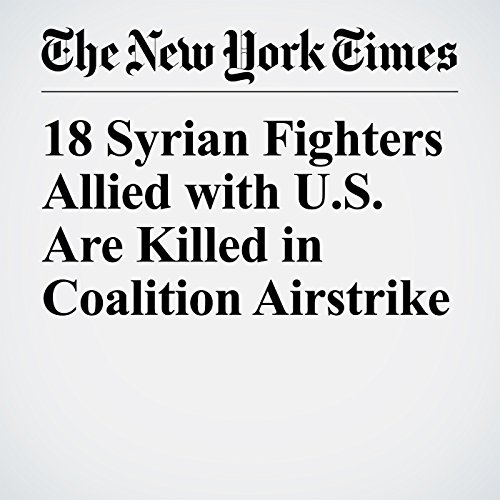 An airstrike by the U.S.-led coalition fighting the Islamic State group killed 18 Syrian fighters allied with the United States, the military said Thursday.The strike, on Tuesday in Tabqah, Syria, was the third time in a month that U.S.-led airstrikes may have killed civilians or allies, and it comes even as the Pentagon is investigating two previous airstrikes that killed or wounded scores of civilians in a mosque complex in Syria and in a building in the west of Mosul, Iraq.

"18 Syrian Fighters Allied with U.S. Are Killed in Coalition Airstrike" is from the April 13, 2017 World section of The New York Times. It was written by Rick Gladstone and narrated by Keith Sellon-Wright.