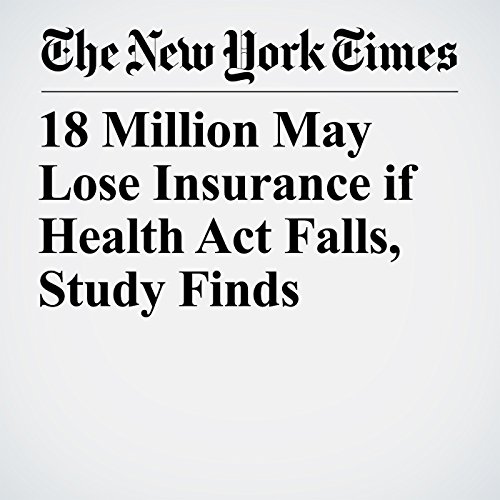 A report by the office sharply increases pressure on Republicans to come up with a comprehensive plan to replace the health care law. It is likely to doom the idea of voting to dismantle the 2010 health law almost immediately, with an effective date set sometime in the future while Congress works toward a replacement.

"18 Million May Lose Insurance if Health Act Falls, Study Finds" is from the January 17, 2017 U.S. section of The New York Times. It was written by Robert Pear and narrated by Kristi Burns.