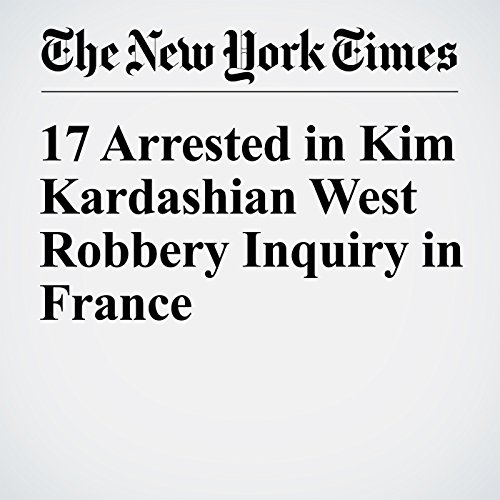 Seventeen people were arrested Monday in France on suspicion of involvement in the robbery of the reality television star Kim Kardashian West during Paris Fashion Week in October, French officials said.

"17 Arrested in Kim Kardashian West Robbery Inquiry in France" is from the January 09, 2017 World section of The New York Times. It was written by Aurelien Breeden and narrated by Keith Sellon-Wright.