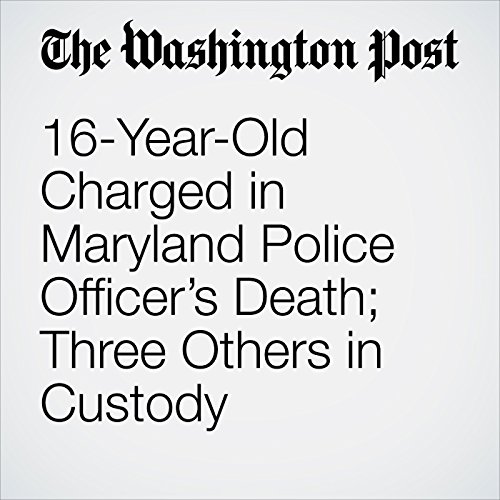 A 16-year-old male has been arrested and three other teenage suspects are in custody in connection with the Monday death of a Baltimore County police officer who was struck by a Jeep Wrangler as she was investigating a call for a suspicious vehicle and burglaries, officials said.

"16-Year-Old Charged in Maryland Police Officer’s Death; Three Others in Custody" is from the May 22, 2018 National section of The Washington Post. It was written by Dana Hedgpeth and Peter Hermann and narrated by Sam Scholl.