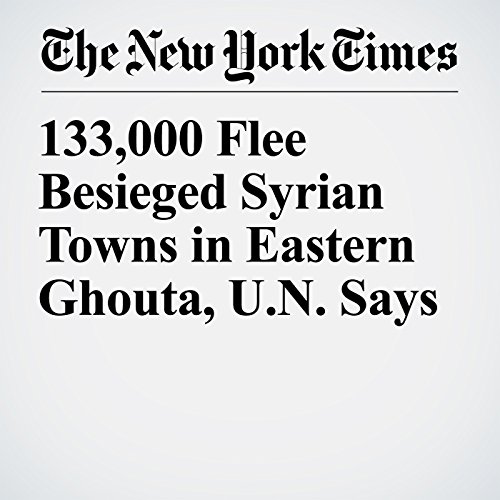 GENEVA — More than 133,000 people have fled a suburb of the Syrian capital, Damascus, in the face of the government’s military onslaught, the United Nations refugee agency said Tuesday, as the United States and its allies weighed how to respond to a suspected chemical attack there.